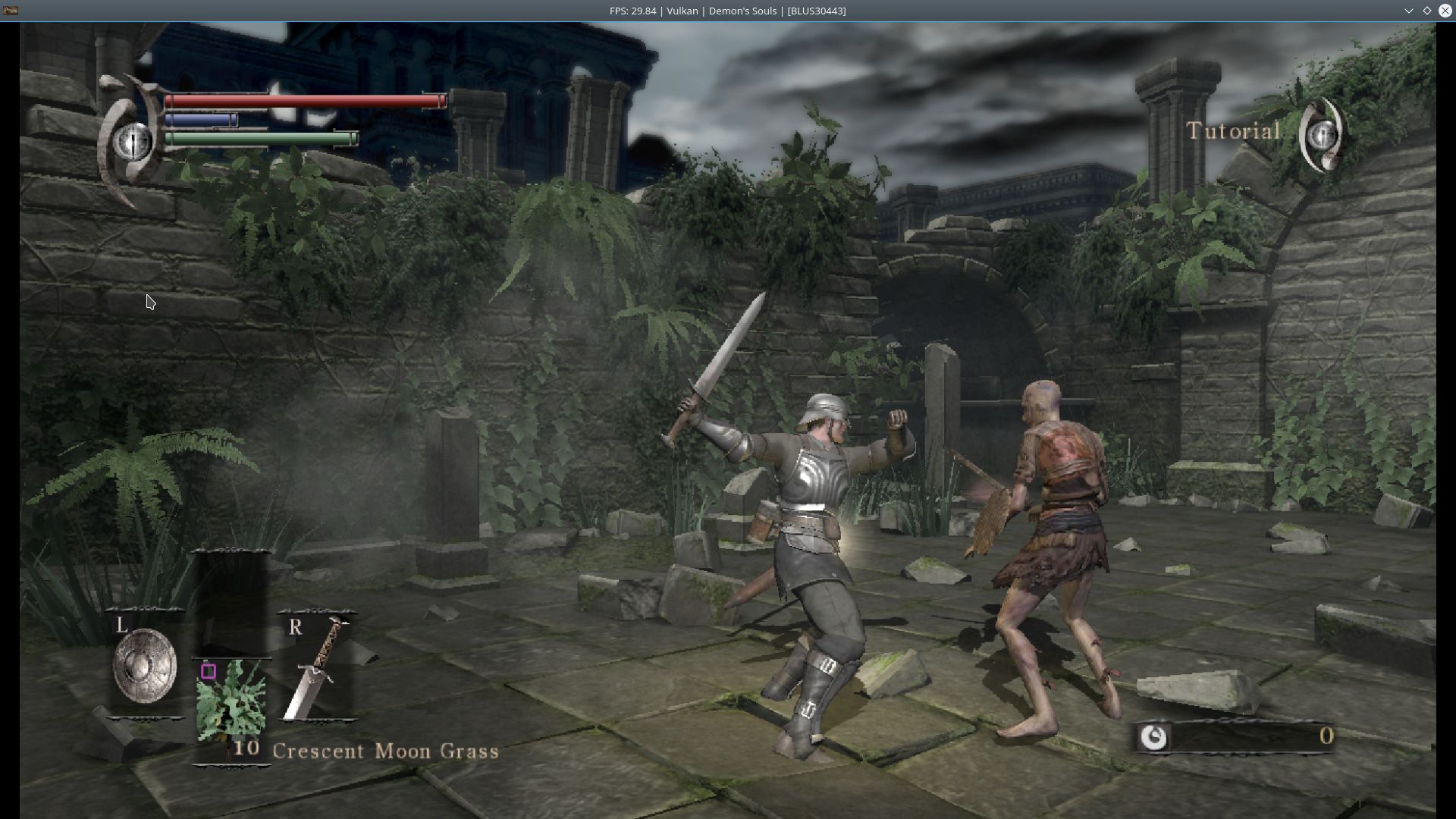 Builds will be delivered on rpcs3.net in the form of AppImages. With this packaging method every dependency is already taken care of and no special prerequisites are needed. Moreover Travis-CI will build every single new merged pull request, package, and upload.

Be sure to read the quickstart guide as you required to install the official PlayStation 3 firmware in RPCS3. The guide also covers how to run games in practice. It has been updated to highlight one important configuration difference compared to the Windows version. Essentially log files, game data, save files, LLVM cache, and everything else like that will be located in ~/.config/rpcs3/, that is the hidden folder .config in your home directory.

The Future of RPCS3 on Linux

While compatibility and performance are now on par with Windows builds, there are still a few features missing and those are listed below.

Controller Support
Update: Controller support with evdev was merged recently. Refer to the quickstart guide and how to configure evdev for more information.

Wayland
RPCS3 works fine with XWayland but perhaps this isn’t optimal for everyone. However RPCS3 has moved over to Qt, and a lot of the Wayland groundwork is already in place.

RPCS3 is free and open-source software. Lead developers Nekotekina and kd-11 are working on it full time thanks to the generous funding from nearly 500 patrons. Moreover progress is greatly accelerated thanks to the help of everyone else that has contributed to RPCS3.

There are over 2000 games listed in the compatibility database, and only about 20 of those games were tested on Linux by the developers. While a selection of advanced games like Demon’s Souls and [redacted] seem to run fine, it can not be ruled out that there may be issues with other games that only happen on Linux. That is why your help is needed, please test your favorite games with different hardware and software configurations and report your findings on our Discord server or forums.

You can support Lead Core Developer Nekotekina and Lead Graphics Developer kd-11 on Patreon with the link below.