RPCS3 is an open source Sony Playstation 3 emulator for Windows and Linux. Currently, it has two full-time paid developers, and numerous volunteer developers. RPCS3 has existed since 2011, but development took off a year ago when the Patreon launched and Nekotekina followed by kd-11 began working on the emulator full time. This post will summarize what interesting developments and progress has happened in the last year. If you want to see how the codebase has changed over time, you can head over to the full list of merged PRs for 2017 and check it out. As seen on the GitHub statistics page we had 630 pull requests merged during 2017, and many of these contain numerous commits. That is a lot of code!

RPCS3? What Does That Even Mean?

When you think about it there is a tradition of Sony emulator names in this style. You have ePSXe, PCSX2, JPCSP, PPSSPP, and now RPCS3 as examples of PS1, PS2, PSP, and PS3 emulators. There is a story behind all of these names of course, but in the case of this little PS3 emulator it was given this name by the founder DH (who no longer works on the project). It is an abbreviation and combination of Personal Computer (PC) and PlayStation 3 (PS3). PC + PS3 = PCS3. What does the R stand for? DH and BlackDemon recollect that it used to stand for Real as back in 2011 there were only fake malware emulators around. Then at some point DH who is from Ukraine started saying the R stood for Russian which is what we roll with today as Nekotekina who joined in late 2013 and quickly became one of the biggest developers and the architect, is from Russia. So RPCS3 stands for Russian Personal Computer Station 3. 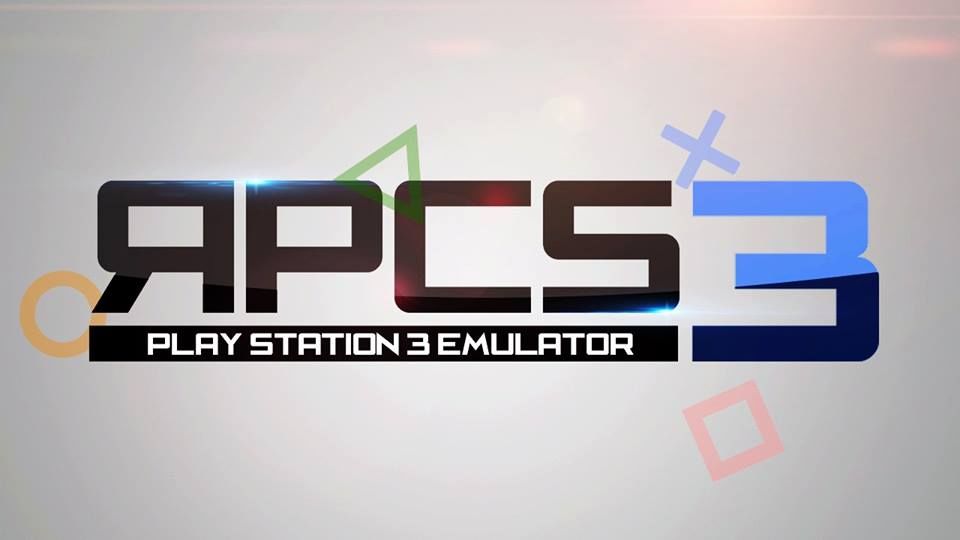 In this image of the old branding from 2016 RPCS3 is written with the Russian letter я, though this letter is in fact not pronounced like a Latin R at all (it is [ja] as in “yard”).

Where Were We One Year Ago?

One year ago in January of 2017 RPCS3 development had stagnated. The emulator itself ran almost no games properly, only roughly 20 titles were playable, and most of these were simple 2D games. Quite a few more did show intros or even go ingame, but due to generally very poor performance, bugs, and crashes almost nothing was really playable.

January 15th, 2017, tkoham opened an issue suggesting that RPCS3 launch a Patreon. A long discussion starting on GitHub and moving on over to a new and at the time “private” Discord channel and a few days later, the Patreon was launched. Shortly after, the Discord server went public and the new website launched. At the time, only a handful of commercial games even booted, and only the simplest of games, such as the Arkedo series, were anything near playable. The UI was unwieldy, installing games was tedious, and manually picking LLE modules was an immense challenge. Development had slowed considerably, with only Nekotekina and a handful of others making occasional commits.
END_OF_DOCUMENT_TOKEN_TO_BE_REPLACED

What a way to end the year, eh? We started the last month of 2017 with a bang with RPCS3 taking major steps towards emulating many heavy hitting AAA titles, including quite a few exclusives like Uncharted and God of War. Some moved in to Loadable, others Ingame, and a few are even playable now. More can be read about this here. While these changes were made last month and received a post of their own, they had an impact on many other games that were discovered this month, and such incredible work deserves recognition. This progress report will focus on progress over the month of December. First and foremost, below is a video summary and report of various games that improved this month. Take a look, and read on for even more detail!

First of all, let us have a look at the compatibility database statistics. As we predicted last month the number of games in the Nothing category is now less than 100! A year ago this with the Loadable and Intro categories represented the biggest chunk of registered games, most simply did not work more or less.

However we are now making quite a drastic change to how compatibility is counted. Above different versions of the same game are counted separately. So for example instead of simply having one entry for Demon’s Souls, there are currently four entries: the european disc and PSN versions, and the american disc and PSN versions. This could even become six entries if someone were to test the japanese counterparts.

This is a very traditional way for emulators to look at compatibility, but because of the nature of such a “modern” console like PS3, there can be a lot of different versions of the same game. We have different regions: Europe, America, Japan, Asia, Korea, Hong Kong. And for each region the disc version and the PSN version.

So as can be seen below, we are merging all entries of the same game under the same media type (disc or digital), into a single entry.
There are some differences on compatibility between media types, like Demon’s Souls, where only the disc versions are currently playable, while the PSN versions fail to get past a black screen. But every disc version is playable the same, and every PSN version fails the same, so it makes sense to simply count the disc versions Playable once, and the PSN versions as Nothing once in the statistics.
Also note that not every game is merged yet, so the entries count is likely to go down again in the next month.

Speaking of statistics, over on github 13 authors have pushed 95 commits where roughly 115 files were changed, with 5000 lines added, and 1400 lines removed.