February 2017 was one of the most eventful months in RPCS3 history. Earlier this month we reached the first Patreon goal of $500, thus ensuring that Nekotekina can continue to work on RPCS3 full time for the time being. A total of 17 authors have pushed 127 commits to the master branch, with 9882 lines of coded added and 6575 lines of code deleted. This represents several hundred, if not thousands hours of work on the project, and it really shows.

In this progress report we will take a look at what each person has been working on for the past month, and highlight some of the more noteworthy changes. This is however far from a complete list of contributions and improvements. Several people in the community have tested hundreds of games, reported several issues, made YouTube videos and supported people on Discord. Nekotekina, kd-11, and the rest of the RPCS3 team would like to thank everyone for their contributions to the project.

Catherine: Before and After

The talented graphics developer kd-11 made great changes this month fixing a lot of graphical issues in several games. With fixes to RTT shader access Catherine went from a half screen mess to looking perfect with Vulkan and DirectX 12. Several other games were also fixed with this commit such as Turbo Super Stunt Squad and Bakugan Battle Brawlers. Moreover Eternal Sonata’s main menu isn’t black anymore.

kd-11 also implemented the BRB opcode improving a lot of games such as Yakuza 1 & 2 HD, One Piece: Pirate Warriors, Hellboy: The Science of Evil, Saint Seiya Brave Soldiers and Sly Cooper: Thieves in Time. Specifically Yakuza 1 & 2 HD went from only a black screen to going ingame and running quite well: 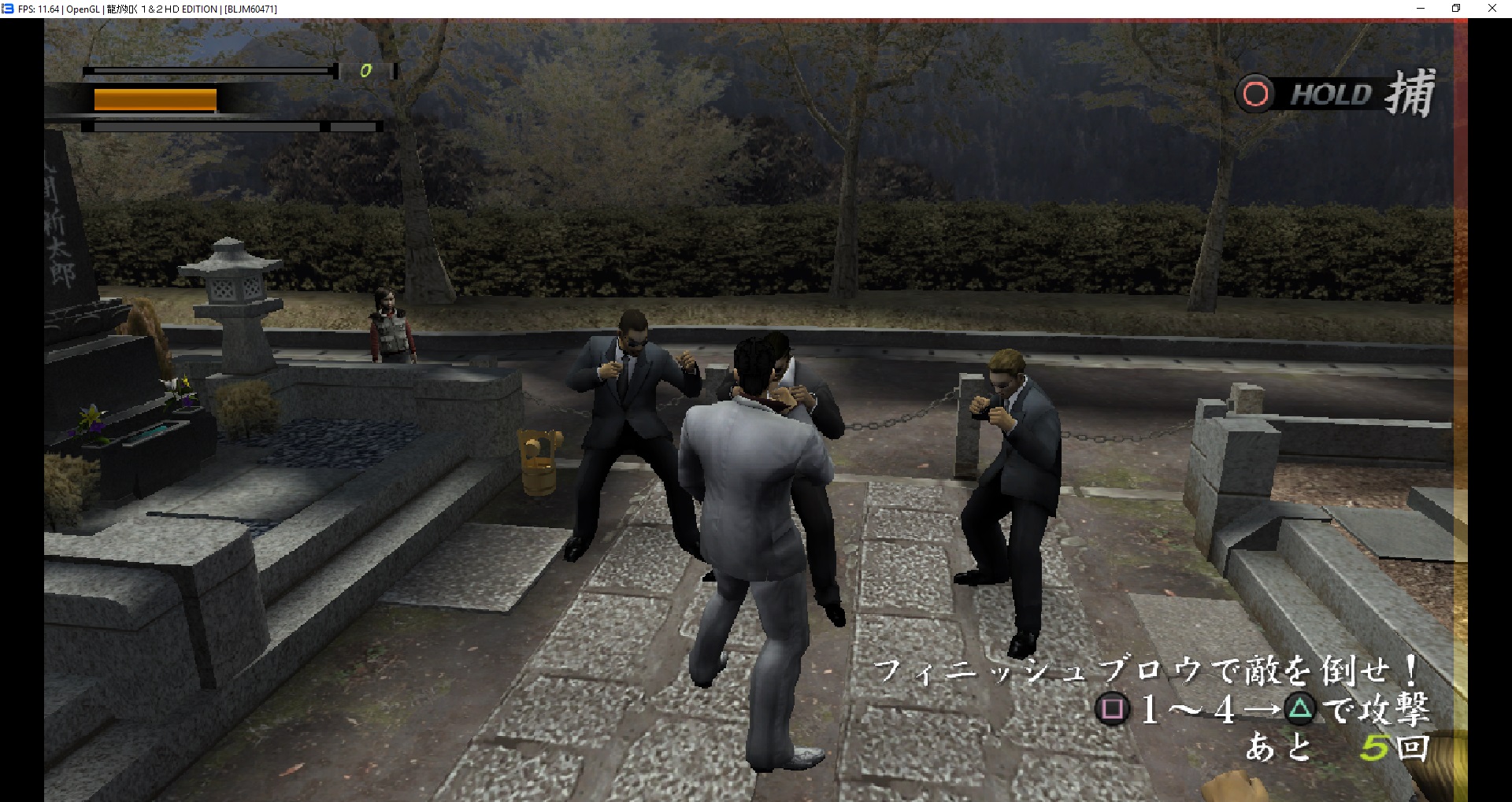 Lastly kd-11 is also working a significant commit improving the texture cache. This will fix broken graphics in several games such as Turbo: Super Stunt Squad, Akiba’s Trip: Undead & Undressed, Lone Survivor, Devil May Cry 4, and Persona 4 Arena (and probably many other games by Arc System Works!). But more on this in the next monthly progress report.

The new mmjoystick option in the settings window

Shadow greatly improved gamepad support on Windows: any gamepad that is detected by Windows should work in RPCS3 now. Before that, only XInput compatible devices would work without additional software.

He also reimplemented per game configuration files, which is very helpful for people that want to test several games – they won’t need to reconfigure every game twice. One now only need to right click on a game in the game list to configure it uniquely.

Moreover Shadow fixed miscellaneous bugs with trophies and such which made, for example, “Söldner-X: Himmelsstürmer” go from nothing to playable with good frame rate. This bug likely affects a few other games as well. cellDiscGameGetBootDiscInfo was also implemented helping a few games, most notably Resistance: Fall of Man that now loads for a bit longer before crashing.

END_OF_DOCUMENT_TOKEN_TO_BE_REPLACED

A lot of things happened in January, specifically the second half of the month. As you all know, veteran RPCS3 developer Nekotekina had the opportunity to launch a Patreon with the goal of working on RPCS3 full time, and right now he is doing so.

At the time of this post and since the 1st of January, Nekotekina has made 54 commits on GitHub with various changes and improvements. In total, for the past 31 days, there were 82 commits with 6,726 lines of code added and 4,867 deleted by 11 authors. For example:

So what was Nekotekina up to? An almost innumerable amount of things:

Let’s of course not forget the other big things that happened in January. Talented web designer DAGINATSUKO made an entire new website for rpcs3, including styling this blog.

This is by no means a complete list, but here are some more notable games that either started working, or now work better than before. Countless more have also been retested on the forums, and found to be improved in one way or another.